Shipping with Sea Freight from China to Indonesia 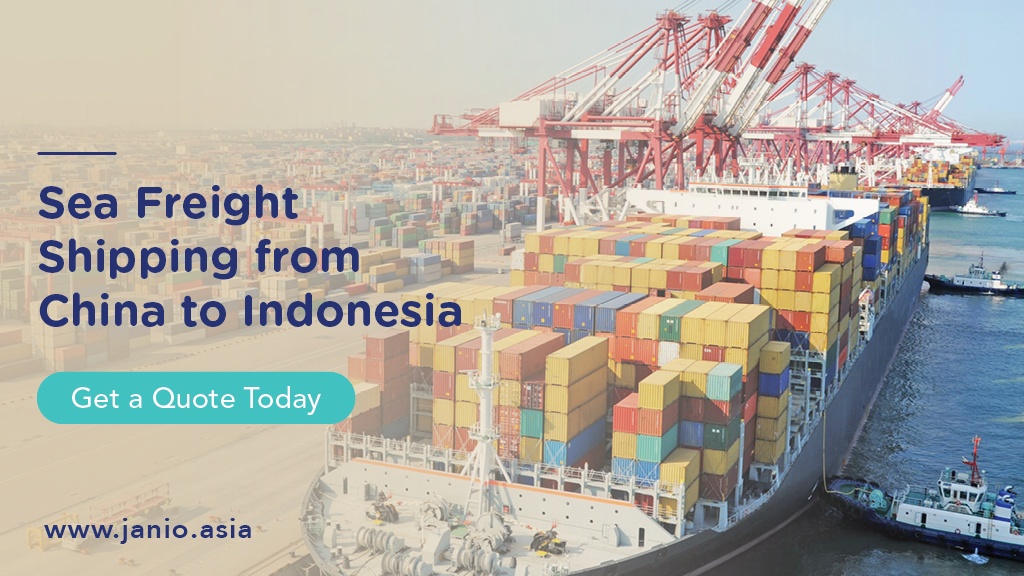 For many businesses, Indonesia is land of opportunity. With a healthy GDP growth rate, hovering slightly above 5 per cent since 2016 outside of COVID-19’s effects,1 Indonesia’s market is an attractive one. To top it off, Indonesia’s government has made great progress in increasing the standard of living and reducing poverty to below 10 per cent,2 which means that the middle class is growing and there’s more spending power for goods shipped from overseas.

Since Indonesians are generally more price sensitive, Chinese goods would fare well in this market. This also means plenty of action on the logistics front too. Since certain areas in China, like Shenzhen, share ocean borders with Southeast Asia, it makes sense to ship via sea freight from China to Indonesia.

To tap into Indonesia’s market, it helps to know how sea freight works so that you can plan your China-Indonesia supply chain.

How does Sea Freight from China to Indonesia Work? Depending on whether you’re shipping by Full-container-load (FCL) or Less-than-container-load (LCL), the way your sea freight order will be handled, charged, and containerised will differ.

To determine which of the two is a better arrangement for your order, you can keep these factors in mind, or discuss with your trusted freight forwarder to figure out which works best for your shipments.

Should I ship by LCL or FCL?

Using an FCL arrangement means you’re paying a flat rate for the entire container to transport your goods across the sea. While expensive upfront, the FCL arrangement may be a more cost effective option than shipping a particularly large LCL order in terms of cost per cubic metre (CBM).

LCL orders are generally charged by volume. Below a certain threshold, LCL can be cheaper than FCL in terms of cost per cubic metre if you don’t need a full container for your goods.

As a rule of thumb, when your shipment has filled about half of a container, it’s more economical to buy a whole container (FCL). This is around 10 cbm for a twenty-foot-equivalent (TEU) container. A TEU’s volume is usually between 23 to 25 cbm.

LCL shipments require more planning from your freight forwarder to consolidate the order with multiple shippers’ shipments. This need to consolidate and organise could also slow down loading times and make their sailing dates less flexible than FCL.

FCL is usually faster and the sailing dates are more flexible because you are in control of the whole container.

FCL shipments can be packed and sealed into a container at the origin and only be opened after it arrives at the destination.

LCL shipments, on the other hand, go through more handling compared to FCL shipments. It needs to first be consolidated into a container and get unpacked at the destination seaport to be assigned to a last-mile truck before finally arriving at the destination address. All this handling could increase the chances of items getting damaged or misplaced, but you can check with your shipping partner how they cover potential losses during transit.

Whether you need LCL or FCL for your upcoming shipment, Janio Asia’s got the right sea freight solution tailored to your freight forwarding needs. Chat with our supply chain consultants via the link below!

After your shipments have been collected, they need to be cleared for export by China’s Customs at the international port closest to your origin address, such as Port of Shenzhen for those shipping out of Shenzhen.

To get your goods cleared for export, your shipment usually needs to have the following documents ready:

Unlike shipping from Southeast Asian countries, exporting from China requires you to have an export permit before you can ship your goods out. Additionally, if you’re shipping any restricted goods, you’ll need to apply for a special export permit for these goods before it can be exported. You can check the Ministry of Commerce Republic of China’s website to find out more on how to apply for the export permit.3 We’ve provided a site with an English translation in our references as well.4

To check if your goods fall under the restricted goods category, you can look up China’s Customs website.5

If you’re ever unsure about what kind of steps you need to take to export your goods from China, you can always check with our customs clearance experts if you’re unsure of which documents to apply for and how to declare your goods.

The mid-mile stage begins after your shipment is cleared for export from China.

When shipping to Southeast Asia, there are two options to choose from for your mid-mile: either shipping sea freight directly from the Port of Shenzhen (CHSZN), or go through cross-border trucking to the Port of Hong Kong (HKHKG) before shipping via sea freight.

Indonesia has extensive connectivity through sea freight with its 17,000 islands. Its geographic size is comparable to the United States, giving you many options in terms of where to ship to Indonesia. While the Port of Tanjung Priok is the busiest port in Indonesia, other noteworthy ports include the Port of Tanjung Perak (IDTPE), Port of Kuala Tanjung (IDKTJ),  Port of Makassar or Soekarno-Hatta (IDMAK), Port of Bitung (IDBIT), and Port of Sorong (IDSOQ). The Indonesian government is also working to develop a maritime highway across 24 strategic ports in Indonesia.6

Shipping into Southeast Asian (SEA) countries via sea freight from China can be a better alternative to air freight in certain cases. Major sea ports in SEA aren’t thar far off from cities like Shenzhen, China due to them sharing ocean borders with each other. For the China-Indonesia lane, air freight at its fastest takes between 1 to 3 days for end-to-end delivery. While sea freight is slower with mid-mile delivery timings ranging between 5 to 8 days, it’s only a fraction of air freight’s cost for larger orders.

Considering the high competition for air cargo space due to grounded flights in light of COVID-19, sea freight is a competitive alternative for shippers looking to bring their goods outside of China to Southeast Asian markets.

Your shipment will then be inspected by Indonesian customs for clearance.

To get import clearance in Indonesia, your shipment will need the following documents:

Your manufacturer or supplier needs to sign the commercial invoice as true and correct. As for the bill of lading, you’ll need three endorsed originals and four non-negotiable copies.

Once your goods have been cleared for import, the last mile depends on whether you’re shipping LCL or FCL and which part of Indonesia your destination is.

If your shipment is FCL, it’ll be transported directly to your consignee’s address. Then, you’ll unpack your goods there before a haulier comes back to pick up the container.

However, if your shipment is LCL, your order will be unpacked from the container first before it can be distributed to its destination. For the last mile leg, your shipments will be transported as either loose cartons or as pallets depending on how they were initially packed.

Depending on where your destination in Indonesia is, you may need either an additional flight or sea shipment to an airport or port closer to the consignee. Either way, the final leg of the delivery will be done via vans or trucks.

When Should You Use Sea Freight?

Sea freight is the most common method of transporting goods, carrying 90 per cent of goods worldwide.7 This mode of transport has the added benefit of being cost-efficient and comparatively environmentally friendly. However, sea freight’s effectiveness as a mode of transport depends on what you need in terms of:

Sea freight works best when businesses are looking to save more rather than prioritise shipping speed. This mode of transport is also great for a wider range of goods that may be too costly to ship via air freight like bulky or oddly-sized items, or too dangerous to meet air freight’s tight restrictions.

This is great news for eCommerce merchants during the current COVID pandemic, if you’re currently working with Janio for air freight, switching to sea freight involves the exact same steps. You just need to tell your trusted shipping partner like Janio that you’d like your parcel shipped by sea freight and we’ll take care of the rest.