International Shipping from Malaysia to Australia 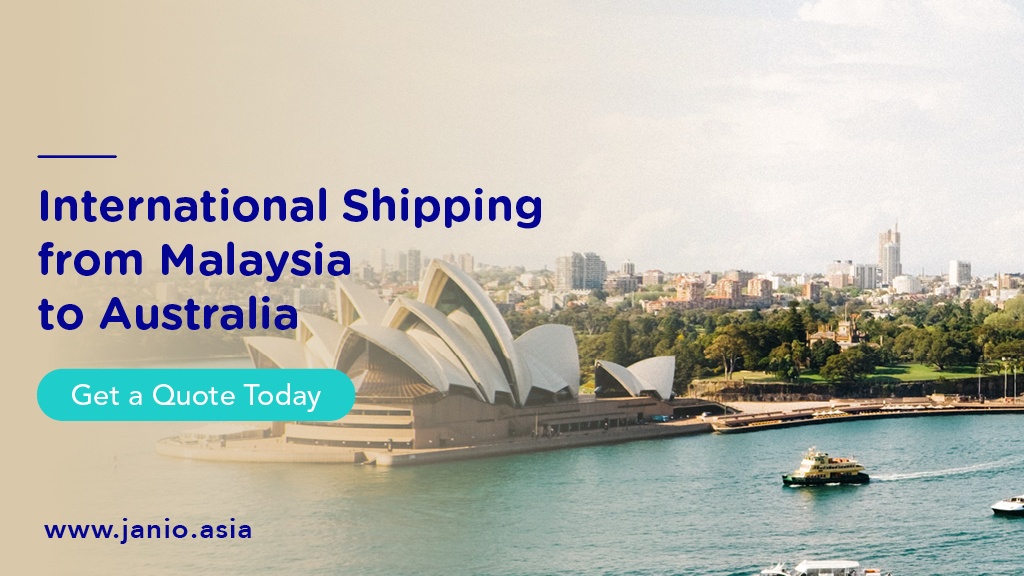 With an English speaking community and good spending power, some Malaysian businesses have been capitalising on selling to Australia through platforms like Shopify long before this huge spike in online shopping growth. If you’re a Malaysian business looking to ship cross-border to Australia, read on to find out how shipping from Malaysia to Australia works below.

2021 saw Australians’ online shopping habits that they developed in 2020 still go strong. We also recently covered that December is traditionally Australia’s biggest shopping month, but recent events are shifting the peak closer to November when Black Friday takes place. You can find out more about this shift and what Australians are buying in our recently updated Australia eCommerce Snapshot.

Getting Your Products into Australia via International Air Freight from Malaysia

International or cross-border shipping means that your inventory will be based in Malaysia and products will be sent overseas to Australia.

As speed is of the essence when it comes to cross-border eCommerce, sending your products via air freight is the best way to go.

Conversely, local distribution sees your products warehoused in Australia for faster fulfilment to your target market. Stocks are shipped in bulk to the store and deliveries of individual parcels are fulfilled via the local warehouse or distribution centre.

However, there are some differences to note between shipping in bulk and shipping loose parcels via air freight.

Differences to note between air freight for parcels and bulk orders

B2C air freight shipments normally face fewer hurdles compared to B2B shipments. Most B2C shipments tend to be below the customs’ de minimis rate of the destination country and do not need as much customs documentation as B2B shipments. They also pay fewer import duties and taxes.

Australia’s de minimis value is AUD1000. B2C shipments below AUD1000 do not have duties levied on them but 10 percent GST may still need to be collected. The minimum documentation needed are usually commercial invoices and packing lists.

Bulk orders will face more regulation and require additional documents like import declarations. The consignees of these orders are enterprises and businesses who need to be registered with local authorities with this information appearing in import declarations. In most countries, your importing party also needs to have import licenses as well as other permits with relevant authorities at hand to clear destination customs clearance.

While import licenses may not be necessary to import most goods into Australia, parties importing restricted or controlled items still require the importer to register for permits with relevant local authorities.

How Does Air Freight from Malaysia to Australia Work?

If you’re shipping to Australia from Malaysia with Janio, your shipments will be flown out from Kuala Lumpur International Airport – KLIA (KUL) in Malaysia to Sydney Airport (SYD) in Australia. Janio also offers transshipment services via Singapore into Australia.

But before you begin preparing your parcels for Australia, it helps to know what can and cannot be shipped there. You can check out one of our recent articles to get an extensive list of Australia’s restricted and prohibited imports. Below is a sample of items that need permits or permission to import into Australia: Sydney is used as Janio’s primary gateway into Australia for its connectivity to various countries such as Singapore and the frequency of flights for this lane. International shipping’s first mile stage is when the shipment leaves the origin address, which can be the merchant’s address, be it a storefront, office, or warehouse. Your shipment will either be picked up by your shipping partner or you can drop the parcel off at your partner’s designated location depending on your arrangement with them.

Package and label your parcels appropriately to facilitate smooth cross border shipping. Providing extra padding for fragile items, like bubble wrap and packing peanuts, helps prevent your products from bouncing around or getting deformed during shipping. You can learn more about the best practices in packaging your goods in our packaging guide.

Shipping labels and the appropriate customs documentation must be visible to and accessible by customs officers to inspect the shipment. You can check out our guide on labeling your shipments which you can also find in our resources for B2C shipping to Southeast Asia.

After this, you can choose to drop your order off at your shipping partner’s drop-off point, or have it picked up from your address. Most shipping partners would have a cut-off time for submitting orders for drop-offs and pickups so that they can optimise their route.

After your shipment has been collected and consolidated, your shipment will go through terminal handling at your shipping partners’ air cargo agent’s warehouse near KLIA (KUL). Here, weighing and inspection of the cargo, tallying up the items with the commercial invoice and packing list and checking all the necessary shipping documents take place.

After that, your goods need to be cleared for export by Jabatan Kastam Diraja Malaysia (Royal Malaysian Customs) at KLIA.

If you’re shipping parcels directly to your Australian consignees, your shipment usually needs to have the following documents ready in order to be cleared for export:

If you are exporting goods which require a license, you or your shipping provider must first register with the Companies Commission of Malaysia. Some of these items include certain plants, wood, minerals, and more. You may check out the list of items that require a license to export on Malaysia’s Customs website.1

Your goods also need to be classified and declared to Malaysian Customs prior to export. Like most Customs Offices, Malaysia uses the Harmonised Systems Tariff Code to classify your goods. You can look up the classification of your goods using the HSS Explorer.2 Depending on what you’re shipping, your order may be charged duties and taxes.

For a quick overview of Malaysia’s export procedures, you can find it on their official website (Malay language)3

While knowing all of this is helpful to getting your exports ready, you can check with our customs clearance experts if you’re unsure of which documents to apply for and how to declare your goods.

Your shipment is then uplifted onto a plane and the shipment is flown to Sydney Airport for direct injection into Australia.

After landing in Sydney Airport, your items will be inspected by officers from the Australian Border Force (ABF) before it can be cleared for import into Australia.

In Australia, customs clearance of your parcels will normally require 1 to 2 days.

The information below needs to be provided with your customs documentation:

To get import clearance into Australia, your shipment will need to have the following documents prepared:

In 2018, Australians need to pay 10% GST on any overseas eCommerce purchase that is shipped into Australia, including from Malaysia. According to the Australian border force, these taxes should be collected by the eCommerce merchants outside Australia at the point of sale.

To check if you need to collect GST at the point of sale, you need to have earned AUD 75,000 in revenue in the last 12 months from selling to Australia. After crossing this threshold, you need to register for GST in Australia and begin collecting the amount. You can check more details on this from the Treasury of Australia and Australia Border Force 1 & 2.

The 10 percent GST is based on the customs value of the goods added with the cost of overseas freight and insurance. The customs value itself is calculated using the ‘transaction value’ which is the price of the goods itself together with costs incurred after importation such as inland freight and inland insurance costs. For official examples for these, you can check out our article on Australia’s de minimis and prohibited imports.

The above is intended to serve as a guide and not legal or financial advice. For a full breakdown of these definitions, please refer to Australia’s Customs Act 1901 Section 159 for customs value and 161 for transaction value.

When import declarations are required

Importing most items into Australia doesn’t need an import license, but importing certain goods like tobacco or alcohol does. These products also incur customs duties and taxes at the border as well.

If you’re sending an item below AUD1000 into Australia by courier or post, your purchasers do not need to fill in the Self-Assessed Clearance form (SAC).

The SAC needs to be filled in if your goods are valued at or under AUD1000 but arrive via air or sea cargo. You can find out about the different SAC’s on the Australian Border Force’s page on import declarations.

On the other hand, if an import is above AUD1000, the order will incur an import processing charge. Orders above AUD1000 will require the purchaser or importer to fill in a full Import Declaration (N10) form. They will also be notified by the Australian Border Force that they need to pay any import processing charges or customs duties and taxes. You can find the full list of duties and taxes for your type of goods or HS Codes on this Australian Border Force page.

After the order has been cleared for import into Australia, the order will be ready for distribution and last mile delivery.

Distribution and Last Mile in Australia

If you’re shipping with Janio, we’ll help you deliver anywhere in Australia. If your order’s destination address is reachable by vans or motorcycles, your order will be taken to your logistics service provider’s warehouse first to be deconsolidated from its pallet if required, then sorted to the vehicle that will take the order to your customer.

If your destination within Australia can’t be reached in a timely way by land transport, it may need a domestic flight or a boat ride to get there. After this trip, the order will head to your shipping partner’s warehouse to prepare for the last mile trip via vans, or motorcycles as highlighted above.

Now that you know how you can use air freight to deliver your eCommerce products from Malaysia to Australia, you’ll need a flexible shipping partner who’s got your eCommerce logistics and international shipping needs covered from first mile to the last. Contact us below to find out more about how we can help you or if you’d like a shipping quotation to Australia, Southeast Asia or beyond. Thursday, 18th August, 2022 – Janio’s Group Head of Commercial, Senthil Kumar, was invited as a panelist for the 1st Edition of SHOPLINE Conversation, centered around the topic of “How Businesses Can Leverage ...